Today we're excited to announce Skyblock's next big update - and finally, the return of Skyblock Water!

On Saturday 23rd October, Skyblock Water and Skyblock Fire will both reset, bringing a huge list of improvements to the server. We expect to release this update at 8 PM BST (to prepare, we'll shut down the old servers earlier in the day). Click here to see what time it is in your time zone. The countdown is on!

Don't worry though, you will keep: ranks, kit access, titles, island upgrades, and any other permanent access packages you've bought from the store.

After many months of development and a couple of weeks of internal testing, the team is pleased to reveal this update's changelog...

Skyblock now natively runs on the latest version of Minecraft, 1.17! You can still connect with older versions but we recommend playing on 1.17 for the best possible experience.

You can find new blocks and items on the server /shop. Glow Squid Spawner anybody? 👀

Harry the builder has been busy working on a new spawn for Skyblock! As the central place for players to begin their Skyblock journey, we designed the spawn to have a clean open layout, ensuring easy navigation.

To give the spawn that warm cozy feeling, it features little village houses dotted around with character scenes to bring the build to life!

It's time for a fresh look at Skyblock's PvP Arena! Take a peek at the brand new LemonCloud themed arena!

Travel to the arena and fight by typing /pvp

One of the biggest parts of this update is our new Skyblock core plugin. We've coded a complete in-house plugin from the ground up, giving us full control over features and performance.

Development of this plugin began almost a year ago when we started noticing problems with the current Skyblock core which was mostly old public code. The most notable problem we faced was how much storage space Minecraft region files use up (a lot). For a gamemode like Skyblock that has an ever-growing world as new players join and generate islands, this became an increasing problem.

For insight, as of now, Skyblock Fire's world data is consuming 830 GB of storage space. This issue contributed to Skyblock Water's corruption and temporary closure, and we're so relieved to finally release our new and improved plugin which fixes it.

Our new Skyblock core plugin uses the slime world format, developed by Hypixel. Slime worlds are a much more efficient way of storing world data, and we could see our world storage usage be under 10 GB - a huge difference!

We've aimed to make your Skyblock experience familiar, but better.

Starting off, you now have the choice of island size and biome. Pick a Small, Medium, or Large island, and then decide whether you want a Grassy, Snowy, or Desert island. Keep in mind that your island's weather is based on your biome!

All islands now have their own world. This means your island will be centered around the 0,0 coordinate.

Islands also have a Nether and End world which can only be accessed by building portals. All portal materials can be bought from the /shop

We wanted to make island levels more prestigious, and meaningful. For this reason, we've added a system whereby each level is progressively harder to get than the last.

To make things easier, we created a new /is level command to provide a detailed insight at your island's level:

At first, players will eventually reach a level from which it becomes very hard to level up. When this happens, we are going to set a level cap on the exponential increase, so that the number of island points required to level up will be linear for higher levels, meaning it won't get any harder. This strikes a nice balance between making progression progressively harder, while not making higher levels completely impossible or too grind-y.

Who wants a medal?! It's time to grind because the top 3 islands on /is top will now have a Gold, Silver, or Bronze medal to show off!

Quests have arrived on Skyblock! Complete various tasks and get rewarded for your hard work.

The Basic Quests section is a quest line that aims to guide you through the basics of Skyblock. You must work your way through each quest to unlock the next one until you've completed them all.

The Advanced Quests are all activated by default and involve some long-term goals to work towards such as killing 1,000 players, reaching island level 50, and spending $25,000,000 in the shop 🤯

We are also working towards releasing Weekly Quests in a future update for those quest-lovers out there!

Starting off, your island will only have access to the Chicken Spawner. In order to unlock the next spawner, the Pig Spawner, your island must collectively harvest 1,000 chicken souls.

Islands must work their way up through all spawners in order to unlock high-tier mobs. We believe this levels the playing field as players will not be able to immediately use those high-value spawners won from crates at the start.

There are restrictions in place to prevent spawners from being placed on islands if the spawner is not yet unlocked.

We're excited to see your creativity in finding efficient methods of farming all of the different mobs!

We encountered a lot of bugs and performance issues with minions since the last reset, so we decided to ditch minions and code our own version, Robots!

There isn't a huge difference, and recoding this feature was mostly for performance reasons. Robots still boast the same features, however, with added improvements and cool customization. We're implementing robot parts that can be used for crafting robots. You'll find more information about this in-game on release!

We look forward to seeing people online on Saturday for the resets of Skyblock Water & Skyblock Fire! 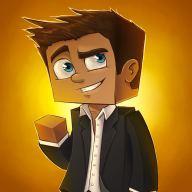 It's the beginning of a brand new month on LemonCloud, and with that we have many new things to announce, including upcoming competitions, events and server updates! As we're now a week or so into our new website, I'd like to announce how we're going to be using this going forward to increase our reach as a community and operate